Join us for a fascinating conversation on wildlife conservation and other environmental concerns with authors Michelle Nijhuis and Betsy Gaines Quammen.

When you buy your books between 4/30/21 and 5/7/21 from Country Bookshelf, we will donate 20% to the library to support more great programs! Limited number of signed books available on a first come basis.

Beloved Beasts by Michelle Nijuis is the definitive history of the conservation movement, in all its turbulent, passionate, problematic glory. It shines a bright and unsparing light on environmentalism's most influential hidden figures, and breathes new life into Aldo Leopold, Rachel Carson, and other heroes you thought you knew.

Michelle Nijhuis is the author of the new book Beloved Beasts: Fighting for Life in an Age of Extinction. She is a project editor for The Atlantic and a longtime contributing editor for High Country News, and her reporting has appeared in publications including National Geographic and the New York Times Magazine. After 15 years off the electrical grid in rural Colorado, she and her family now live in southwestern Washington state.

American Zion by Betsy Gaines Quammen, is the story of the Bundy family, famous for their armed conflicts in the West. With an antagonism that goes back to the very first Mormons who fled the Midwest for the Great Basin, they hold a sense of entitlement that confronts both law and democracy. Today their cowboy confrontations threaten public lands, wild species, and American heritage.

Betsy Gaines Quammen is a historian, conservationist, and author of American Zion: Cliven Bundy, God and Public Lands in the West. She received a doctorate in Environmental History from Montana State University in 2017 and has studied various religious traditions over the years, with particular attention to how cultures view landscape and wildlife. The rural American West, pastoral communities of northern Mongolia, and the grasslands of East Africa have been her main areas of interest. Betsy lives in Bozeman, Montana, with her husband, writer David Quammen, two huge dogs, an overweight cat, and a pretty big python named Boots.

Beloved Beasts: Fighting for Life in an Age of Extinction (Hardcover)

Big thanks to all of you for your continued support! Our staff have been working hard filling your orders safely, delivering and shipping them to you. Please keep the orders coming! Just be patient that it takes a bit longer than usual for us to respond, and our suppliers and delivery companies are taking longer to fulfill orders on their ends. 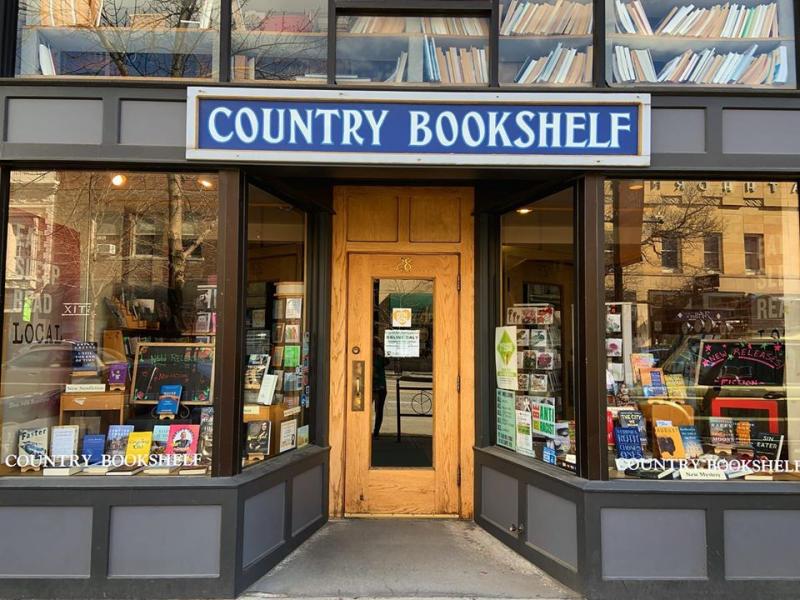 Although we now have permission to be open to the public, we have decided not to open immediately for the continued safety of our staff and our community. Before we can reopen, we will have to make a lot of changes in the store, and these will take time. Watch our email newsletter, website, and social media for updates.

The good news is that we are offering pick up service again! Once you have been notified that your order is ready, and if you have selected the Pick Up option, we will send you a link to sign up for a pick up time slot. We are offering pick up from 12-4pm Monday through Friday and other times by special appointment. Pick up orders will be placed on a table at the front door, labelled with your name. Just open the door and grab your order. We are not open for browsing or in-person transactions at this time. And remember that orders can’t be ready immediately, so please wait to hear from us. We are also still offering local delivery and shipping around the country.

We are also now doing our best to answer the phones between 12pm and 4pm Monday through Friday, and other times as we are able, so please call to have a bookseller personally assist you! Note that we have limited staffing on weekends and are less able to answer the phones these days.

The Sunday New York Times will continue to be available at Joe’s Parkway Market until further notice, though the last two weeks the Saturday evening flight they arrive on from Seattle has been cancelled, and we expect that to continue which means that papers are not available until around 4pm on Sundays.

Thank you again for keeping us slinging books! Watch for other news coming soon.

The Sunday New York Times will be delayed and should be available at Joe's Parkway Market around 4pm today because its flight last night was canceled. Thank you for your patience for things outside of our control.

And then the Bad News...

4/19/20 9:00am update. The New York Times did not make it here yesterday. Its flight from Seattle was cancelled -- as are so many flights these days. We are hoping it will be on the flight arriving this afternoon, in which case, it should be at Joe's Parkway Market around 4pm. Please note that we may not be able to answer your email immediately, and Joe's Parkway staff are not responsible for this delay, so please be kind and patient. We will put all future updates about the New York Times on our Facebook page: facebook.com/countrybookshelf.

Thank you for your support. We apologize for any inconvenience.

We're thrilled to announce that the Sunday New York Times will be available again starting this Sunday, April 19th thanks to a partnership with another fabulous local business, Joe's Parkway Market.

Until further notice, you can pick up the Sunday New York Times at Joe's Parkway Market, 903 West College, from 10am to 7pm daily. Papers are now $8, and will be cash only unless you add the paper to a grocery order. Sounds like a lovely way to get Sunday brunch goodies!

While open to the public, Joe's Parkway is also offering -- and highly encouraging --  curbside pick up, so call ahead at 406-586-2005, and plan to have exact change for one of their great staff to meet you outside.

We're so grateful for all the ways our community comes together. Please thank the lovely folks at Joe's!

And for all your book needs, our staff are still hard at work -- fully employed and insured thanks to you! -- filling orders from our website and email. Plus we are also working constantly on improvements to the website, so be sure to check out some of the new features, including lists of recommended books for homeschooling.

Not sure what you want right now? Either email us for suggestions or treat yourself to a gift certificate to use when the mood strikes.

Be in touch and let us know how we can get great books and gifts to you and yours!

We are so grateful for your support now and always. After careful consideration, we have closed the store to browsing. Currently, our desk remains open for pick up orders, but we’d really rather meet you on the curb, deliver to your home in Bozeman, or ship your order. We are offering $1 Media Mail shipping on books nationwide.

We are still answering the phones from 10am-6pm daily (although sometimes you may have to try more than once if our lines are busy), and you can order on our website 24 hours a day: countrybookshelf.com.

We are happy to be your personal shoppers, too, if you don’t quite know what you want or if you just want a lovely surprise. Call or email with your request and one of our amazing booksellers will take care of you. Please note that many of our gift, game, puzzle, and stationery items are not listed on our website, but a call or an email can make all of these accessible to you. We have great kid’s activities and puzzles for all ages to keep everyone entertained!

Please continue to safely support all of the wonderful local businesses that make Bozeman such an amazing community. We are here because of you. And together we can be strong.

How to reach us:

Ariana and the Country Bookshelf Staff

Starting tomorrow (Thursday, March 19th), we will shorten our hours to 10am-6pm daily. We’ve been rockin’ with the deliveries, curbside pickup and $1 Media Mail. Keep your orders coming! If at some point we must close, we will do our best to continue these services.

Your support during this time really helps us keep operating, and we can’t tell you how important that is for the long haul. We’ve received so many kind messages of love and support which mean the world to us. Thank you! We are your community bookstore here to support you in any way we can. And we seriously love you and are so impressed in all the ways folks are helping each other.

Keep checking our emails and social media for updates, entertainment, and links to great bookish content to keep you lit.

Ariana and the Country Bookshelf Staff

In the midst of worldwide upheaval, we wanted to reach out and let you know that Country Bookshelf is taking a comprehensive approach to keeping our community safe while still providing the power of stories to comfort, enlighten, and entertain.

We hope that all our readers are doing everything they can to stay safe and keep our community healthy. We believe that books and stories are essential in times of crisis, and that as a community we are strong and will care for one another. Country Bookshelf is here to help in any way that we can.