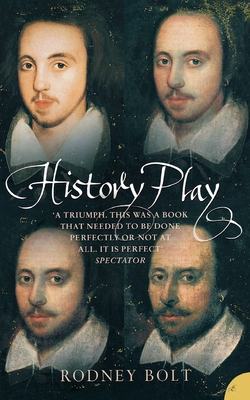 
Available in Warehouse. Wait for Email Confirmation for ETA
This book cannot be returned, cancelled, or exchanged. Please call for availability and pricing
What if Christopher Marlowe staged his own death, fled to the Continent and went on to write the works we now attribute to Shakespeare? 'About anyone so great as Shakespeare, it is probable that we can never be right; and if we can never be right, it is better that we should from time to time change our way of being wrong.' T. S. Eliot Mark Twain likened writing the biography of Shakespeare to reconstructing the skeleton of a brontosaurus - using 'nine bones and six hundred barrels of plaster of Paris'. We work with a handful of facts and a pile of conjecture. All biographies of Shakespeare, from the wayward to the academic, use the same few-score hard facts kneaded together with legend, then leavened by a dash of zeitgeist and a large dollop of author's imagination. Poems and plays are plundered for booty, even by those who profess scepticism as to the inferences that can be drawn about the life from the work. Like statistics, quotations can be turned to very different facts. This book is not, of course, an attempt to prove that Christopher Marlowe staged his own death, fled to the continent, and went on to write the work attributed to Shakespeare. It, however, playfully assumes that as its starting point, and swings the old bones around, viewing them from a different angle to build a different brontosaurus. It does so in a spirit of fun, and with the intention of a little saucy iconoclasm. Shakespeare's works are unassailable, and will survive any amount of subversion, but by playing with our commonplace history, Rodney Bolt argues that the quasi-religious idol the man has become is perhaps in need of the efforts of a wicked woodworm. Where other writers have looked at the evidence and deduced a story, Bolt has imagined a story, then supported it with the same sparse evidence. At this distance, the difference between deduction and speculation is paper thin. The point of the take is not only to question our view of history and the validity of biography, but to show how people travelled, how cultures crossed, and how art gets made.
Rodney Bolt was born in South Africa. He studied at Rhodes University, where contact with Athol Fugard sparked his interest in theatre. Before leaving the country, he worked on anti-apartheid drama. His play Gandhi: Act Too won the 1980 Durban Critic Circles's Play of the Year award. For most of his adult life he has wandered in semi-exile through Europe, living in Greece, Britain, Germany and the Netherlands. In 1980, he won a scholarship to Cambridge and read English at Corpus Christi. He has run a pub theatre and is now a travel writer and novelist.