Next in Line (Hardcover) 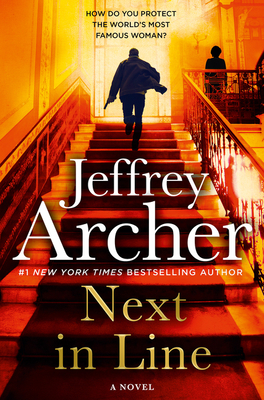 Next in Line (Hardcover)

"Only someone like Jeffrey Archer . . . could have written a compelling story like this. Every page bristles with suspense and the ending comes at you with the force of a tank round"--DAVID BALDACCI

THE UNPUTDOWNABLE NEW THRILLER FROM THE BESTSELLING AUTHOR OF THE CLIFTON CHRONICLES - PERFECT FOR FANS OF KEN FOLLET, JOHN GRISHAM and DANIEL SILVA

London, 1988. Royal fever sweeps the nation as Britain falls in love with the 'people's princess', Princess Diana. Which means for Scotland Yard, the focus is on the elite Royalty Protection Command, and its commanding officer. Entrusted with protecting the most famous family on earth, they quite simply have to be the best. A weak link could spell disaster.

Detective Chief Inspector William Warwick and his Scotland Yard squad are sent in to investigate the team. Maverick ex-undercover operative Ross Hogan is charged with a very sensitive--and unique--responsibility. But it soon becomes clear the problems in Royalty Protection are just the beginning. A renegade organization has the security of the country--and the Crown--in its sights. The only question is which target is next in line...

Jeffrey Archer, whose novels and short stories include the Clifton Chronicles, the William Warwick novels, Kane and Abel and Cat O' Nine Tales, has topped the bestseller lists around the world, with sales of over 275 million copies. He is the only author ever to have been a number one bestseller in fiction, short stories and non-fiction (The Prison Diaries). A member of the House of Lords for over a quarter of a century, the author is married to Dame Mary Archer, and they have two sons, two granddaughters and two grandsons.