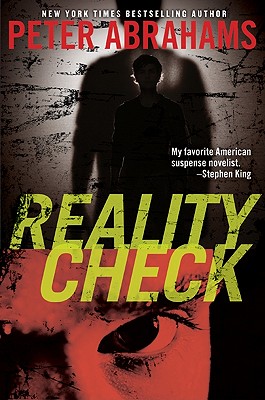 Will Cody save clea before it's too late? QB of the varsity football team. Passing grades in all his classes. Dating the hottest—and smartest—girl at school. Summer job paying more than minimum wage. Things in Cody's world seem to be going pretty well. Until, that is, his girlfriend, Clea, is sent off to boarding school across the country, and a torn ACL ends his high school football career. But bad things come in threes—or in Cody's case, sixes and twelves—and the worst is yet to come. While limping through town one day, Cody sees a newspaper headline: "Local Girl Missing." Clea, now his ex, has disappeared from her boarding school in Vermont, and the only clue is a letter she sent to Cody the morning of her disappearance. With that as his guide, Cody sets out to find out what happened. Once in Vermont, he unearths the town's secrets—and finds out that football isn't the only thing he's good at.

This is another edge-of-your-seat suspense novel by the New York Times bestselling and Edgar Award-nominated author of Down the Rabbit Hole.

Peter Abrahams is the New York Times bestselling author of twenty-five books, including the Edgar Award-winning Reality Check, Bullet Point, and the Echo Falls series for middle graders. Writing as Spencer Quinn, he is also the author of the Chet and Bernie series—Dog on It, Thereby Hangs a Tail, and To Fetch a Thief. He and his wife live in Massachusetts with their dog, Audrey.

“The climax is unexpected….readers will be frantically turning pages.” — Kirkus Reviews

A fine thriller that is pitched to attract everyone from reluctant readers to sports fans to romantic idealists. — Voice of Youth Advocates (VOYA) (starred review)