Somebody to Love: A Cupid, Texas Novel (Mass Market) 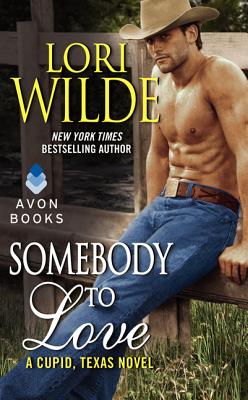 This is book number 3 in the Cupid, Texas series.

New York Times bestselling author Lori Wilde invites you back to Cupid, Texas, where love is only a heartbeat away . . .

Sexy cowboy-scholar Jericho Chance always knows exactly what he wants and how to get it. And after sauntering back home to Cupid, he’s shocked to discover that he wants Zoe McCleary. After years from home, he takes one new look at his bubbly best friend, with her lightning smarts and luscious body, and it hits him like a bolt: she’s his somebody to love and he’s not leaving town again without her.

Settling down always seemed like a time waster to Zoe, a man magnet with a trail of broken hearts behind her. She’s not meant to settle down—but how can she resist someone as persuasive as Jericho? There’s no way they can ignore the explosive chemistry seething between them . . . even if it means risking their friendship . . .