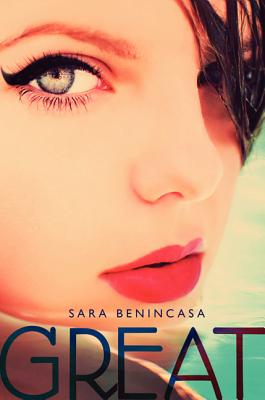 By Sara Benincasa
$17.99
Not Currently Available to Order

In this contemporary retelling of The Great Gatsby, by comedian Sara Benincasa, a teenage girl becomes entangled in the romance and drama of a Hamptons social circle and is implicated in a scandal that shakes the summer community.

When Naomi Rye arrives in the Hamptons to spend the summer with her socialite mother, she fully expects to be miserable mingling with the sons and daughters of her mother's mega-rich friends. Yet Naomi finds herself unexpectedly drawn to her mysterious and beautiful next-door neighbor, Jacinta, a Hamptons "It" girl who throws wild, lavish parties that are the talk of the town. But Jacinta is hiding something big, and events unfold with tragic consequences.

Sara Benincasa is a comedian and author of  Real Artists Have Day Jobs (William Morrow 2016) as well as the books  DC Trip (Adaptive Books 2015), Great (2014), and Agorafabulous!: Dispatches From My Bedroom (William Morrow 2012), a book based on her critically acclaimed solo show about panic attacks and agoraphobia. She is currently adapting DC Trip as a film with producers Albert Berger and Ron Yerxa (Little Miss Sunshine, Nebraska, Election), Van Toffler, and Adaptive Studios. She is currently adapting Agorafabulous! as a TV pilot with executive producers Diablo Cody (Juno, The United States of Tara), and Ben Stiller’s Red Hour. She was born and raised in New Jersey and graduated from Warren Wilson College and Columbia University Teachers College. She lives in Los Angeles, California.