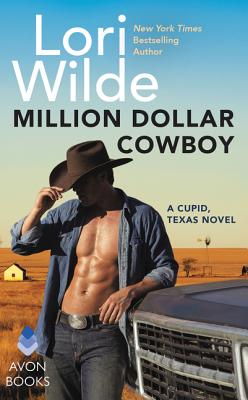 New York Times Bestselling Author Lori Wilde returns to Cupid, Texas with a heartwarming story of a cowboy who comes home to the family ranch for a wedding filled with surprises…

The illegitimate son of a Texas ranching dynasty, Ridge Lockhart left home ten years ago with one goal: to become more successful than the father who never accepted him.

Mission accomplished, but now he’s back at the Silver Feather Ranch for a wedding—three days of best man duty until he can hightail it out. Then he spies Kaia Alzate, and suddenly leaving isn’t quite so appealing.

Kaia Alzate grew up the daughter of the ranch foreman, servants to the mighty Lockharts in the mansion. Back then, she followed Ridge around like a puppy. Now, she’s fighting the attraction she feels for this sexy CEO. She’s determined not to make a big mistake—but when Ridge takes her in his arms she’s stunned…could he be the man she’s waited for all along?