Cupid, Texas: How the Cowboy Was Won (Mass Market) 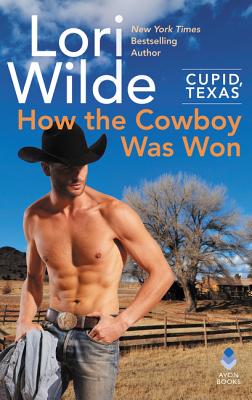 Return to New York Times Bestselling Author Lori Wilde’s beloved town of Cupid, Texas, where wedding fever is in the air . . . and two best friends discover that sometimes the perfect match is standing right in front of you . . .

Ember Alzate is a fantastic matchmaker with one big problem: she can’t find the perfect mate for herself! Alzate family legend says that when she kisses “the One” she’ll hear a mysterious humming in her head. Well, Ember’s kissed a lot of guys and she’s never heard a thing. Now, instead of searching for herself, she vows to find her best friend, Ranger Lockhart, a bride. It’s clear this smart, sexy man just needs to meet the right gal.

Ranger’s returned home to Cupid with marriage on his mind, but he’s not interested in the parade of women Ember pushes under his nose. His thoughts keep returning to his best friend—with her combustible combination of curves and sass. No one compares to Ember, but what’s it going to take to convince her she’s the woman for him?

“A cast of varied and richly developed characters fills the pages of this novel, which has plenty of twists and turns along the way to happiness.”
— Publishers Weekly

“In addition to being a clever modern spin on Austen’s classic, Emma, Wilde’s (Cowboy, It’s Cold Outside, 2017) latest exudes the same brand of sassy, sexy charm that have made the previous five Cupid, Texas yarns winners with fans of contemporary western romance.”
— Booklist

“Wilde’s writing is smooth and the story flows so well that it proves why she is one of the best in her genre.”
— RT Book Reviews