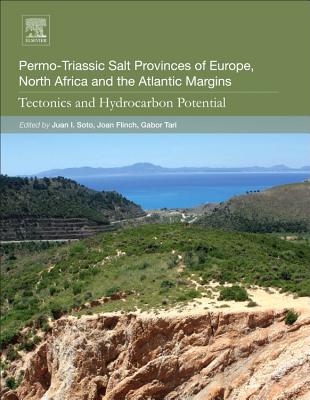 Permo-Triassic Salt Provinces of Europe, North Africa and the Atlantic Margins: Tectonics and Hydrocarbon Potential deals with the evolution and tectonic significance of the Triassic evaporite rocks in the Alpine orogenic system and the Neogene basins in the Iberian Peninsula, North Africa, and the western Mediterranean. As the nature of the Triassic evaporite sequences, the varied diapiric structures they feed, and the occurrence of hydrocarbons suggest that the Triassic evaporites represent an efficient system to trap hydrocarbons, this book explores the topic with a wide swath, also devoting content to a relatively unexplored topic, the mobilization and deformation of the Triassic salt in the western and northern Tethys (from Iberia and North Africa, Pyrenees and Alps, Adriatic and Ionian) during the subsequent Alpine orogenic processes. The book includes chapters updating varied topics, like the Permian and Triassic chronostratigraphic scales, palaeogeographic reconstructions of the western Tethys since the Late Permian, the petroleum systems associated with Permo-Triassic salt, allochthonous salt tectonics, and a latest revision of salt tectonic processes in the Permian Zechstein Basin, the Atlantic Margins (from Barents Sea, Scotia, Portugal, Morocco, and Mauritania), the Alpine folded belts in Europe, and the various Triassic salt provinces in North Africa.

The book is the go-to guide for salt tectonic researchers and those working in the hydrocarbon exploration industry.