Creating and Restoring Wetlands: From Theory to Practice (Paperback) 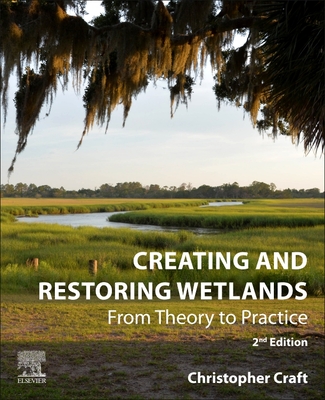 Creating and Restoring Wetlands: From Theory to Practice (Paperback)

Creating and Restoring Wetlands: From Theory to Practice, Second Edition describes the challenges and opportunities relating to the restoration of freshwater and estuarine wetlands in natural, agricultural, and urban environments in the coming century. This second edition is structured by clearly defined chapters based on specific wetland types (e.g. Peatlands, Mangroves) and with a consistent and coherent organization for ease of discoverability. The table of contents is divided into four main subjects: Foundations, Restoration of Freshwater Wetlands, Restoration of Estuarine Wetlands, and From Theory to Practice, each with multiple chapters. Part 1, Foundations, contains chapters describing definitions of wetlands, ecological theory used to guide restoration, and considerations on where to implement restoration on the landscape. In Parts 2 and 3, restoration of specific freshwater (marshes, forests, peatlands) and estuarine (tidal marshes, mangroves) wetlands are described. Part 4, From Theory to Practice, contains chapters describing performance standards to gauge success of projects and case studies describing small-scale and large-scale restoration projects of various freshwater and estuarine wetlands. Each chapter contains clearly labeled sections which assist the reader to quickly and easily key in on the subject matter that they are seeking.

The approach of Creating and Restoring Wetlands is unique in that, in each chapter, it links ecological theory important to ecosystem restoration with practical techniques to undertake and implement successful wetland restoration projects, including recommendations for performance standards to gauge success as well as realistic expectations and timescales for achieving success. Each chapter ends with a summary table describing keys to ensure success for a given wetland ecosystem.