We Have Always Lived in the Castle (Paperback) 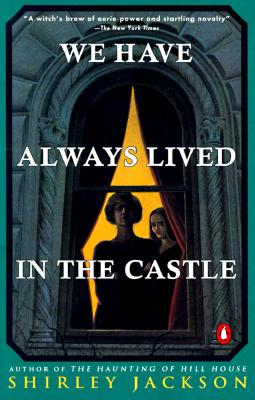 We Have Always Lived in the Castle (Paperback)


This title is likely unavailable. Email or call for price and availability.
Merricat Blackwood lives on the family estate with her sister Constance and her uncle Julian. Not long ago there were seven Blackwoods--until a fatal dose of arsenic found its way into the sugar bowl one terrible night. Acquitted of the murders, Constance has returned home, where Merricat protects her from the curiousity and hostility of the villagers. Their days pass in happy isolation until cousin Charles appears. Only Merricat can see the danger, and she must act swiftly to keep Constance from his grasp.
Shirley Jackson (1919-1965), a celebrated writer of horror, wrote many stories as well as six novels and two works of nonfiction.