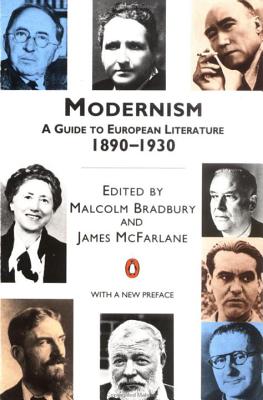 
This title is likely unavailable. Email or call for price and availability.
An exploration of the ideas, groupings and the social tensions that shaped the transformation of life caused by the changes of modernity in art, science, politics and philosophy
Malcolm Bradbury is a novelist, critic, television dramatist and Emeritus Professor of American Studies at the University of East Anglia. He is author of the novels Eating People is Wrong (1959); Stepping Westward (1965); The History Man (1975); which won the Royal Society of Literature Heinemann Prize and was adapted as a famous television series; Rates of Exchange (1983) which was shortlisted for the Booker Prize; Cuts: A Very Short Novel (1987), also televised; and Doctor Criminale (1992). His critical works include The Modern American Novel (1984; revised edition, 1992); No, Not Bloomsbury (essays, 1987); The Modern world: Ten Great Writers (1988); From Puritanism to Post-modernism: A History of American Literature (with Richard Ruland, 1991) He is the author of a collection of seven stories and nine parodies, entitled Who Do You Think You Are? (1976), and of several works of humour and satire, including Why Come to Slaka? (1986), Unsent Letters (1988; revised edition, 1995) and Mensonge (1987). Many of his books are published by Penguin. In addition, he has written many television plays and the television 'novel' The Gravy Train and The Gravy Train Goes East. He has adapted several television series, including Tom Sharpe's Porterhouse Blue, Kinglsey Amis's The Green Man and Stella Gibbon's' Cold Comfort Farm, now a feature film.

Malcolm Bradbury lives in Norwich, travels good deal, and in 1991 he was awarded the CBE.