Selections from the Carmina Burana: A New Verse Translation (Paperback) 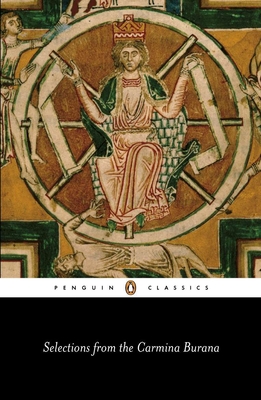 Selections from the Carmina Burana: A New Verse Translation (Paperback)


This title is likely unavailable. Email or call for price and availability.
This is a selection from the 13the century collection of secular latin poems. Some are serious (eg Crusade poems) but the majority are light, including many love poems. A number of items from the Carmina are well known as text for Carl Orff's 'Scenic Cantata'.

For more than seventy years, Penguin has been the leading publisher of classic literature in the English-speaking world. With more than 1,700 titles, Penguin Classics represents a global bookshelf of the best works throughout history and across genres and disciplines. Readers trust the series to provide authoritative texts enhanced by introductions and notes by distinguished scholars and contemporary authors, as well as up-to-date translations by award-winning translators.
A former language-teacher and technical journalist, David Parlett began freelancing in 1975 as a games inventor and author of books on games, a field in which he has built up an impressive international reputation. He is an accredited consultant on gaming terminology to the New Shorter Oxford English Dictionary (1993) and regularly advises on the staging of card games in films and television productions. His many books include The Oxford History of Board Games (1999), The Oxford History of Card Games (1990), The Penguin Book Of Word Games (1982), The Penguin Book of Card Games (1979) and The Penguin Book of Patience (1979). David Parlett is a native of South London, where he still resides.