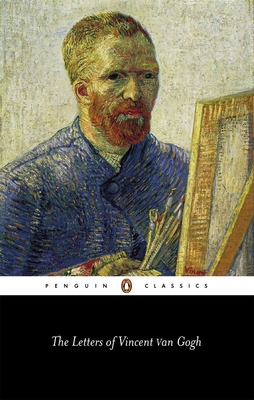 
Available in Warehouse. Wait for Email Confirmation for ETA
"If ever there was any doubt that Van Gogh's letters belong beside those great classics of artistic self-revelation, Cellini's autobiography and Delacroix's journal, this excellent edition dispels it."
—The Times (London)

"Be clearly aware of the stars and infinity on high. Then life seems almost enchanted after all."

Few artists' letters are as self-revelatory as Vincent Van Gogh's, and the selection included here, spanning the whole of his artistic career, sheds light on every facet of the life and work of this complex and tortured man. Engaging candidly and movingly with his religious struggles, his ill-fated search for love, his intense relationship with his brother Theo and his attacks of mental illness, the letters contradict the popular image of Van Gogh as an anti-social madman and a martyr to art, showing instead that he was capable of great emotional and spiritual depths. Above all, they stand as an intense personal narrative of artistic development and a unique account of the process of creation.
The letters are linked by explanatory biographical passages, revealing Van Gogh's inner journey as well as the outer facts of his life. This edition includes the drawings that originally illustrated the letters.

For more than seventy years, Penguin has been the leading publisher of classic literature in the English-speaking world. With more than 1,700 titles, Penguin Classics represents a global bookshelf of the best works throughout history and across genres and disciplines. Readers trust the series to provide authoritative texts enhanced by introductions and notes by distinguished scholars and contemporary authors, as well as up-to-date translations by award-winning translators.
Vincent Willem van Gogh (1853-1890) was born in Holland. He became an assistant with an international firm of art-dealers and in 1881 he went to Brussels to study art. After an unsuccessful love affair with his cousin he returned to Holland and in 1885 he painted his first masterpiece, The Potato Eaters, a haunting scene of domestic poverty. A year later his brother Theo, an art dealer, enabled him to study in Paris, where he met Gauguin, Toulouse-Lautrec and Seurat, who became very important influences on his work.

In 1888 he left Paris for the Provençal landscape at Arles, the subject of many of his best works, including "Sunflowers" and "The Chair and the Pipe." It was here Van Gogh cut off his ear, in remorse for threatening Gauguin with a razor during a quarrel, and he was placed in an asylum for a year. On July 7, 1890 Van Gogh shot himself at the scene of his last painting, the foreboding "Cornfields with Flight of Birds," and he died two days later.

Ronald de Leeuw has been the director of the Van Gogh Museum in Amsterdam since 1986. He trained as an art historian at the universities of Los Angeles, California, and of Leiden, The Netherlands. As a specialist in nineteenth-century painting, he has been responsible for numerous exhibitions in The Netherlands and abroad, including the 1990 Vincent Van Gogh Centennial retrospective in Amsterdam. Since 1990 Ronald de Leeuw has also directed the Museum Mesdag in The Hague, known for its fine Barbizon and Hague School holdings. In 1994 he was appointed professor extraordinary in the history of collecting at the Free University of Amsterdam.

Arnold Pomerans was born in 1920 and was educated in South Africa. He emigrated to England in 1948, and from 1948 to 1955 taught physics in London. In 1955 he became a full-time translator and has had just under two hundred major works issued by leading British and US publishers. Among the authors translated by him are Louis de Broglie, Anne Frank, Sigmund Freud, George Grosz, Jan Huizinga, Jean Piaget and Jules Romain.