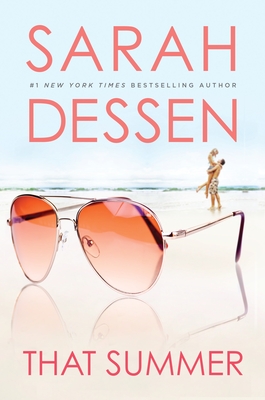 As far as Haven is concerned, there’s just too much going on.

Everything is changing, and she’s not sure where she fits in.

Then her sister’s old boyfriend shows up, sparking memories of the summer when they were all happy and everything was perfect. . . .

But along the way, Haven realizes that sometimes change is a good thing.

Sarah Dessen is the winner of the Margaret A. Edwards Award for her contributions to YA literature, as well as the Romantic Times Career Achievement Award.

Books by Sarah Dessen:
That Summer
Someone Like You
Keeping the Moon
Dreamland
This Lullaby
The Truth About Forever
Just Listen
Lock and Key
Along for the Ride
What Happened to Goodbye
The Moon and More
Saint Anything
Once and for All
Sarah Dessen is the author of thirteen novels, which include the New York Times bestsellers The Moon and More, What Happened to Goodbye, Along for the Ride, Lock and Key, Just Listen, The Truth About Forever, and This Lullaby. Her first two books, That Summer and Someone Like You, were made into the movie How to Deal.

Dessen’s books are frequently chosen for the Teens’ Top Ten list and the list of Best Fiction for Young Adults. They have been translated into twenty-five languages. Sarah Dessen is the recipient of the 2017 Margaret A. Edwards Award from the Young Adult division of the American Library Association.