Russia Against Napoleon: The True Story of the Campaigns of War and Peace (Paperback) 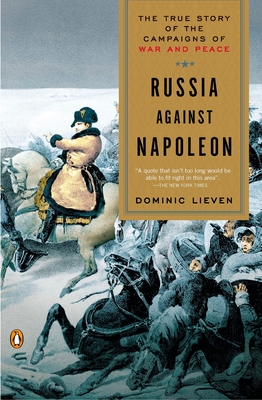 Russia Against Napoleon: The True Story of the Campaigns of War and Peace (Paperback)


Backordered - ETA Unknown
The first history of the epic defeat of Napoleon's empire told from the Russian perspective.

Though much has been written about Napoleon's doomed invasion of Russia and the collapse of the French Empire that ensued, virtually all of it has been from the Western perspective. Now, taking advantage of never- before-seen documents from the Russian archives, Dominic Lieven upends much of the conventional wisdom about the events that formed the backdrop of Tolstoy's masterpiece, War and Peace. Lieven's riveting narrative sweeps readers through epic battles, tense diplomatic exchanges on which the fate of nations hung, and the rise of Russia from near-ruin to Europe's liberator. Rich in detail, Russia Against Napoleon is a groundbreaking masterwork.
Dominic Lieven is a senior research fellow at Trinity College, Cambridge, and a fellow of the British Academy. He previously taught Russian Studies at the London School of Economics for 33 years. His book Russia Against Napoleon won the 2009 Wolfson Prize for History and the Prix Napoleon.