We Have Always Lived in the Castle (Penguin Vitae) (Hardcover) 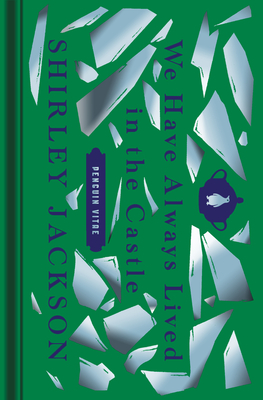 We Have Always Lived in the Castle (Penguin Vitae) (Hardcover)


On Our Shelves as of 9am Today
Shirley Jackson's beloved gothic tale of a peculiar girl named Merricat and her family's dark secret, with an afterword by Jonathan Lethem.

Merricat Blackwood lives on the family estate with her sister Constance and her uncle Julian. Not long ago there were seven Blackwoods—until a fatal dose of arsenic found its way into the sugar bowl one terrible night. Acquitted of the murders, Constance has returned home, where Merricat protects her from the curiousity and hostility of the villagers. Their days pass in happy isolation until cousin Charles appears. Only Merricat can see the danger, and she must act swiftly to keep Constance from his grasp.

Penguin Classics presents Penguin Vitae, loosely translated as “Penguin of one’s life,” a deluxe hardcover series featuring a dynamic landscape of classic fiction and nonfiction that has shaped the course of our readers' lives. Penguin Vitae invites readers to find themselves in a diverse world of storytellers, with beautifully designed classic editions of personal inspiration, intellectual engagement, and creative originality.
Shirley Jackson (1919–1965), a celebrated writer of horror, wrote many stories as well as six novels and two works of nonfiction.
“A marvelous elucidation of life…a story full of craft and full of mystery” —The New York Times Book Review

“I was thrilled by the genuine but meaningful strangeness of Shirley Jackson’s We Have Always Lived in the Castle.” —George Saunders

“Jackson’s novel is so wonderfully creepy that students usually feel subversive just for reading it. Add to that one of the most brilliantly realized unreliable narrators in fiction and the book becomes irresistible.” —Marlon James