Squanto's Journey: The Story of the First Thanksgiving (Paperback) 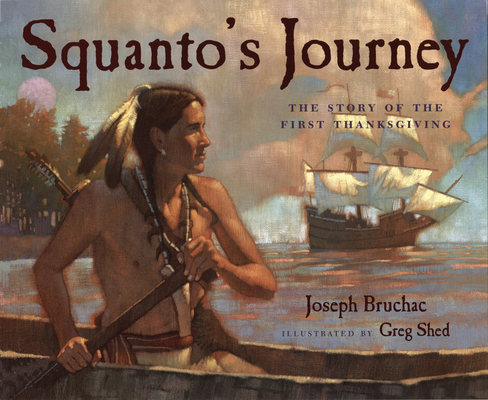 Squanto's Journey: The Story of the First Thanksgiving (Paperback)


Available in Warehouse. Wait for Email Confirmation for ETA
In 1620 an English ship called the Mayflower landed on the shores inhabited by the Pokanoket, and it was Squanto who welcomed the newcomers and taught them how to survive. When a good harvest was gathered, the people feasted together--a tradition that continues almost four hundred years later.

JOSEPH BRUCHAC is a poet, storyteller, and author of more than sixty books for children and adults who has received many literary honors, including the American Book Award and the PEN Syndicated Fiction Award. He is of Abenaki and Slovak heritage, and lives in Greenfield Center, New York.

Greg Shed is the illustrator of many children's books for children including Squanto's Journey, by Joseph Bruchac, and Dandelions by Eve Bunting. He lives in San Diego, California.

"History from the Native American viewpoint."--Booklist —