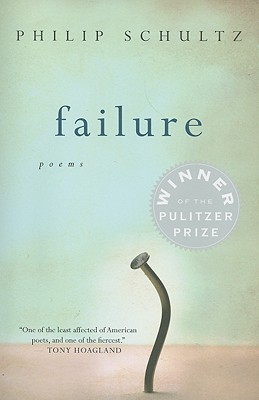 
Available in Warehouse. Wait for Email Confirmation for ETA
This superb Pulitzer Prize–winning collection gives voice to failure with a wry, deft touch from one of this country’s most engaging and uncompromising poets. In Failure, Philip Schultz evokes the pleasures of family,marriage, beaches, and dogs; New York City in the 1970s; revolutions both interior and exterior; and the terrors of 9/11 with a compassion that demonstrates he is a master of the bittersweet and fierce, the wondrous and direct, and the brilliantly provocative. Filled with poems of "heartbreaking tenderness that [go] beyond mere pity" (Gerald Stern), Failure is a collection to savor from this major American poet.

PHILIP SCHULTZ won the 2008 Pulitzer Prize for his book of poems, Failure. His poetry and fiction have appeared in The New Yorker, Poetry, the Nation, the New Republic, and the Paris Review, among other magazines. In addition, he is the founder and director of the Writers Studio in New York.

PRAISE FOR FAILURE "Philip Schultz’s language reminds me of such modern masters as Isaac Rosenberg and Hart Crane. It’s one thing I’ve always admired in his poetry; that and a heartbreaking tenderness that goes beyond mere pity and that is so present in Failure. It’s as if he bears our pain."—Gerald Stern, winner of the National Book Award

"Philip Schultz’s poems have long since earned their own place in American poetry. His stylistic trademarks are his great emotional directness and his intelligent haranguing—of god, the reader, and himself. He is one of the least affected of American poets, and one of the fiercest."—Tony Hoagland —