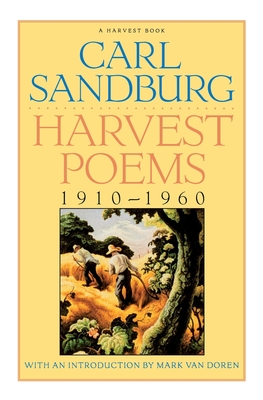 
Available in Warehouse. Wait for Email Confirmation for ETA
A representative selection of poems, culled from the Pulitzer Prize-winning poet’s published verse, plus thirteen poems appearing in book form for the first time. “[Sandburg’s poetry] is independent, honest, direct, lyric, and it endures, clamorous and muted, magical as life itself” (New York Times). Introduction by Mark Van Doren.

CARL SANDBURG (1878–1967) was twice awarded the Pulitzer Prize, first in 1940 for his biography of Abraham Lincoln and again in 1951 for Complete Poems. Before becoming known as a poet, he worked as a milkman, an ice harvester, a dishwasher, a salesman, a fireman, and a journalist. Among his classics are the Rootabaga Stories, which he wrote for his young daughters at the beginning of his long and distinguished literary career.