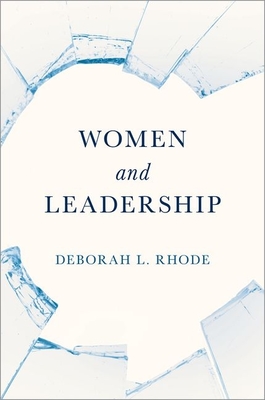 
Available in Warehouse. Wait for Email Confirmation for ETA
For most of recorded history, men have held nearly all of the most powerful leadership positions. Today, although women occupy an increasing percentage of leadership positions, in America they hold less than a fifth of positions in both the public and private sectors. The United States ranks
78th in the world for women's representation in political office. In politics, although women constitute a majority of the electorate, they account for only 18 percent of Congress, 10 percent of governors, and 12 percent of mayors of the nation's 100 largest cities. In academia, women account for a
majority of college graduates, but only about a quarter of full professors and university presidents. In law, women are almost half of law school graduates, but only 17 percent of the equity partners of major firms, and 22 percent of Fortune 500 general counsels. In business, women constitute a
third of MBA graduates, but only 5 percent of Fortune 500 CEOs. In Women and Leadership, the eminent legal scholar Deborah L. Rhode focuses on women's underrepresentation in leadership roles and asks why it persists and what we can do about it. Although organizations generally stand to gain from increasing gender equity in leadership, women's underrepresentation
is persistent and pervasive. Rhode explores the reasons, including women's family roles, unconscious gender bias, and exclusion from professional development networks. She stresses that we cannot address the problem at the individual level; instead, she argues that we need broad-based strategies
that address the deep-seated structural and cultural conditions facing women. She surveys a range of professions in politics, management, law, and academia and draws from a survey of prominent women to develop solutions that can successfully chip away at the imbalance. These include developing
robust women-to-women networks, enacting laws and policies that address work/life imbalances, and training programs that start at an earlier age. Rhode's clear exploration of the leadership gap and her compelling policy prescriptions will make this an essential book for anyone interested in leveling
the playing field for women leaders in America.

Deborah L. Rhode is the Ernest W. McFarland Professor of Law, the director of the Center on the Legal Profession, and the director of the Program in Law and Social Entrepreneurship at Stanford University. She was the founding president of the International Association of Legal Ethics, a president ofthe Association of American Law Schools, a chair of the American Bar Association's Commission on Women in the Profession, the founding director of Stanford's Center on Ethics, and a former trustee of Yale University.