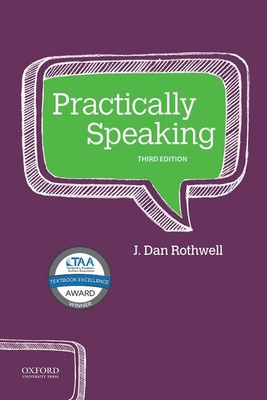 J. Dan Rothwell is the former chair of the Communication Studies Department at Cabrillo College. He has a BA in American history from the University of Portland (Oregon), an MA in rhetoric and public address, and a PhD in communication theory and social influence, both from the University of Oregon.He has authored four other books in addition to Practically Speaking and has received more than two dozen teaching awards during his lengthy academic career.