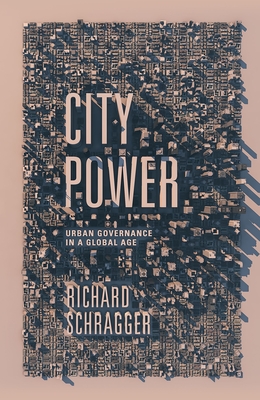 
Available in Warehouse. Wait for Email Confirmation for ETA
This book cannot be returned, cancelled, or exchanged. Please call for availability and pricing
Reigning theories of urban power suggest that in a world dominated by footloose transnational capital, cities have little capacity to effect social change. In City Power, Richard C. Schragger challenges the existing assumptions, arguing that cities can govern, but only if we let them. In the past decade, city leaders across the country have raised the minimum wage, expanded social services, and engaged in social welfare redistribution. These cities have not suffered capital flight. In fact, many are experiencing an economic renaissance. Schragger argues that city policies are not limited by the demands of mobile capital, but instead by constitutional restraints serving the interests of state and federal officials. Maintaining weak cities is a political choice. In this new era of global capital, the power of cities is more relevant to citizen well-being than ever before. A dynamic vision of city politics for our new urban age, City Power reveals how cities can govern despite
these constitutional limits - and why we should want them to.

Richard Schragger is the Perre Bowen Professor at the University of Virginia School of Law, where he has taught for almost fifteen years. His scholarship focuses on the intersection of constitutional law and local government law, federalism, urban policy and the constitutional and economic status of cities.