The Power of the Sacred: An Alternative to the Narrative of Disenchantment (Hardcover) 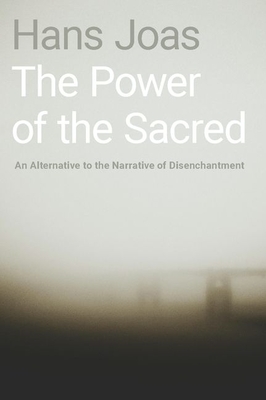 Disenchantment is a key term in the self-understanding of modernity. But what exactly does this concept mean? What was its original meaning when Max Weber introduced it? And can the conventional meaning or Max Weber's view really be defended, given the present state of knowledge about the history of religion? In The Power of the Sacred, Hans Joas develops the fundamentals of a new sociological theory of religion by first reconstructing existing theories, from the eighteenth century to the present. Through a critical reading and reassessment of key texts in the three empirical disciplines of history, psychology, and sociology of religion, including the works of David Hume, J.G. Herder, Friedrich Schleiermacher, William James, Emile Durkheim, and Ernst Troeltsch, Joas presents an understanding of religion that lays the groundwork for a thorough study of Max Weber's views on disenchantment. After deconstructing Weber's highly ambiguous use of the concept, Joas proposes an alternative to the narratives of disenchantment and secularization which have dominated debates on the topic. He constructs a novel interpretation that takes into account the dynamics of ever new sacralizations, their normative evaluation in the light of a universalist morality as it first emerged in the Axial Age, and the dangers of the misuse of religion in connection with the formation of power. Built upon the human experience of self-transcendence, rather than human cognition or cultural discourses, The Power of the Sacred challenges both believers and non-believers alike to rethink the defining characteristics of Western modernity.

Hans Joas is Ernst Troeltsch Professor for the Sociology of Religion at the Humboldt University of Berlin and Visiting Professor of Sociology and Social Thought at the University of Chicago. Some of his other books in English include G.H. Mead, A Contemporary Re-examination of His Thought, Pragmatism and Social Theory, The Creativity of Action, The Genesis of Values, War and Modernity, The Sacredness of the Person: A New Genealogy of Human Rights, and Faith as an Option: Possible Futures for Christianity. He has also published two books with Wolfgang Knoebl: Social Theory: TwentyIntroductory Lectures and War in Social Thought: Hobbes to the Present and has edited several volumes, including The Axial Age and Its Consequences (with Robert Bellah).