The Problems of Philosophy (Paperback) 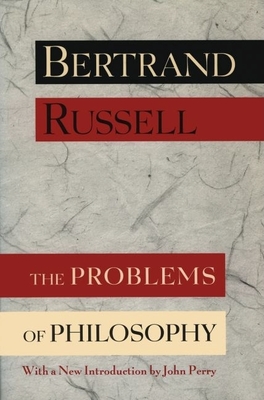 The Problems of Philosophy (Paperback)


Available in Warehouse. Wait for Email Confirmation for ETA
Bertrand Russell was one of the greatest logicians since Aristotle, and one of the most important philosophers of the past two hundred years. As we approach the 125th anniversary of the Nobel laureate's birth, his works continue to spark debate, resounding with unmatched timeliness and power. The Problems of Philosophy, one of the most popular works in Russell's prolific collection of writings, has become core reading in philosophy. Clear and accessible, this little book is an intelligible and stimulating guide to those problems of philosophy which often mistakenly lead to its status as too lofty and abstruse for the lay mind. Focusing on problems he believes will provoke positive and constructive discussion, Russell concentrates on knowledge rather than metaphysics, steering the reader through his famous 1910 distinction between "knowledge by acquaintance and knowledge by description," and introducing important theories of Descartes, Kant, Hegel, Hume, Locke, Plato, and others to lay the foundation for philosophical inquiry by general readers and scholars alike. With a new introduction by John Perry, this valuable work is a perfect introduction to the field and will continue to stimulate philosophical discussion as it has done for nearly forty years.

The late Bertrand Russell, English philosopher and mathematician, was a Fellow of Trinity College, Cambridge University, where he taught for many years. He also lectured widely in the United States. Winner of the 1950 Nobel Prize for Literature, he is the author of many books including the influential Principia Mathematica, with Alfred North Whitehead, and The Autobiography of Bertrand Russell 1872-1967, published in three volumes. John Perry is H.W. Stuart Professor of Philosophy at Stanford University and co-editor of Oxford's Introduction to Philosophy, Second Edition.