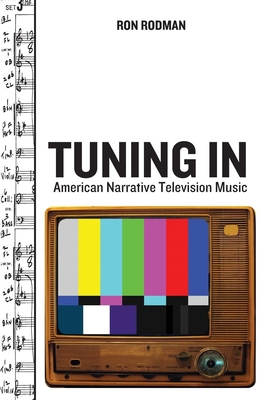 
Available in Warehouse. Wait for Email Confirmation for ETA
This book cannot be returned, cancelled, or exchanged. Please call for availability and pricing
Music has always been at the heart of American television. Amongst the many roles it plays in broadcasting, music entertains viewers with live and videotaped performances, evokes moods and identifies characters and settings, and sells products through commercial jingles. Most importantly, television music steers viewers through the continuous stream of daily programming. Tuning In looks at and listens to the first fifty years of American narrative television music as a unique art form. Drawing on music in a wide variety of television genres - from westerns to science-fiction thrillers to police dramas to sitcoms and commercials - author Ron Rodman develops a new theory of television music to explain how it conveys meaning to American viewing audiences. Music in television, Rodman argues, finds its origins both in radio and in cinema, and is thus a unique multimedia form that demands its own methods of analysis. From The Dick van Dyke Show and I Love Lucy to Twin Peaks and The
X-Files, Rodman's arguments are grounded in a fascinatingly historically wide-ranging and diverse selection of shows. The book also crosses media genres, looking at how the Broadway stage and the Hollywood film musical have influenced television variety shows and situation comedies. Drawing on music analysis and narrative and semiotic theories, this stimulating book illustrates how music forms part of the code that makes television broadcasts culturally meaningful.

Ron Rodman is Professor of Music at Carleton College, where he teaches courses in the music and cinema and media studies departments. He has published numerous articles on tonal music theory, film music, and music in new media.