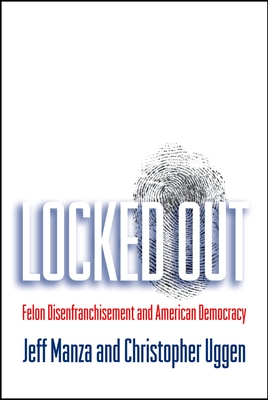 
Available in Warehouse. Wait for Email Confirmation for ETA
This book cannot be returned, cancelled, or exchanged. Please call for availability and pricing
5.4 million Americans--1 in every 40 voting-age adults--are denied the right to participate in democratic elections because of a past or current felony conviction. In several American states, 1 in 4 black men cannot vote due to a felony conviction. In a country that prides itself on universal suffrage, how did the United States come to deny a voice to such a large percentage of its citizenry? What are the consequences of large-scale disenfranchisement--for election outcomes, for the reintegration of former offenders back into their communities, and for public policy more generally? Locked Out exposes one of the most important, yet little known, threats to the health of American democracy. It reveals the centrality of racial factors in the origins of these laws, and their impact on today's political landscape. Marshalling the first real empirical evidence on the issue to make a case for reform, the authors' groundbreaking analysis will inform all future policy and political debates on the laws governing the political rights of criminals.