Dead Zones: The Loss of Oxygen from Rivers, Lakes, Seas, and the Ocean (Hardcover) 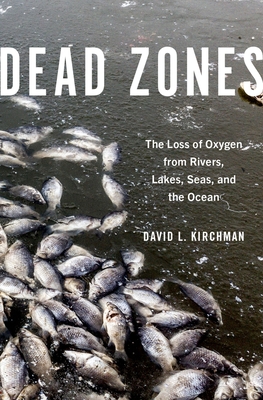 Dead Zones: The Loss of Oxygen from Rivers, Lakes, Seas, and the Ocean (Hardcover)


Available in Warehouse. Wait for Email Confirmation for ETA
Dead zones are on the rise... Human activity has caused an increase in uninhabitable, oxygen-poor zones--also known as "dead zones"--in our waters. Oxygen is the third most abundant element in the universe, and it is a necessity for nearly all life on Earth. Yet many rivers, estuaries, coastal waters, and parts of the open ocean lack enough of it. In this book, David L. Kirchman explains the impacts of dead zones and provides an in-depth history of oxygen loss in water. He details the role the agricultural industry plays in water pollution, showcasing how fertilizers contaminate water supplies and kickstart harmful algal blooms in local lakes, reservoirs, and coastal oceans. Algae decomposition requires so much oxygen that levels drop low enough to kill fish, destroy bottom-dwelling biota, reduce biological diversity, and rearrange food webs. We can't undo the damage completely, but we can work together to reduce the size and intensity of dead zones in places like the Gulf of Mexico, Chesapeake Bay, and the Baltic Sea. Not only does Kirchman clearly outline what dead zones mean for humanity, he also supplies ways we can reduce their deadly impact on human and aquatic life. Nutrient pollution in some regions has already begun to decline because of wastewater treatment, buffer zones, cover crops, and precision agriculture. More needs to be done, though, to reduce the harmful impact of existing dead zones and to stop the thousands of new ones from cropping up in our waters. Kirchman provides insight into the ways changing our diet can reduce nutrient pollution while also lowering greenhouse gasses emitted by the agricultural industry. Individuals can do something positive for their health and the world around them. The resulting book allows readers interested in the environment--whether students, policymakers, ecosystem managers, or science buffs--to dive into these deadly zones and discover how they can help mitigate the harmful effects of oxygen-poor waters today.

David L. Kirchman was Maxwell P. and Mildred H. Harrington Professor of Marine Studies at the University of Delaware before his retirement in 2020. He holds a BA in biology from Lawrence University, an MS in environmental engineering from Harvard University, and a PhD in environmental engineering --with a focus on microbiology -- also from Harvard University. He is a recipient of the Francis Alison Award and a fellow of the American Society for Microbiology and the Association for the Sciences of Limnology and Oceanography. He is the editor of Microbial Ecology of the Oceans and the author ofProcesses in Microbial Ecology.