China's New Red Guards: The Return of Radicalism and the Rebirth of Mao Zedong (Paperback) 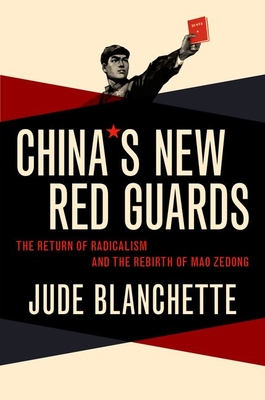 China's New Red Guards: The Return of Radicalism and the Rebirth of Mao Zedong (Paperback)


Available in Warehouse. Wait for Email Confirmation for ETA
This book cannot be returned, cancelled, or exchanged. Please call for availability and pricing
Jude Blanchette holds the Freeman Chair in China Studies at the Center for Strategic and International Studies (CSIS). Previously, he was engagement director at The Conference Board's China Center for Economics and Business in Beijing, where he researched China's political environment with a focuson the workings of the Communist Party of China and its impact on foreign companies and investors. Prior to working at The Conference Board, Blanchette was the assistant director of the 21st Century China Center at the University of California, San Diego. Blanchette is a public intellectual fellow at the National Committee on United States-China Relations and serves on the board of the American Mandarin Society. He is also a senior advisor at Crumpton Group, a geopolitical risk advisory based in Arlington, Virginia. He holds an M.A. in modern Chinesestudies from the University of Oxford and a B.A. in economics from Loyola University in Maryland.