The Last Assassin: The Hunt for the Killers of Julius Caesar (Paperback) 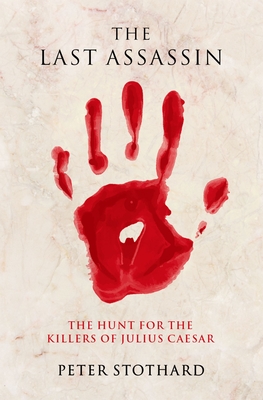 The Last Assassin: The Hunt for the Killers of Julius Caesar (Paperback)


This title is likely unavailable. Email or call for price and availability.
Many men killed Julius Caesar. Only one man was determined to kill the killers. From the spring of 44 BC through one of the most dramatic and influential periods in history, Caesar's adopted son, Octavian, the future Emperor Augustus, exacted vengeance on the assassins of the Ides of March,
not only on Brutus and Cassius, immortalized by Shakespeare, but all the others too, each with his own individual story. The last assassin left alive was one of the lesser-known: Cassius Parmensis was a poet and sailor who chose every side in the dying Republic's civil wars except the winning one, a playwright whose work was said to have been stolen and published by the man sent to kill him. Parmensis was in the back
row of the plotters, many of them Caesar's friends, who killed for reasons of the highest political principles and lowest personal piques. For fourteen years he was the most successful at evading his hunters but has been barely a historical foot note--until now. The Last Assassin dazzlingly charts an epic turn of history through the eyes of an unheralded man. It is a history of a hunt that an emperor wanted to hide, of torture and terror, politics and poetry, of ideas and their consequences, a gripping story of fear, revenge, and survival.

Peter Stothard is an author, journalist, and critic. He is a former editor of The Times of London and of The Times Literary Supplement. His books include Alexandria, The Last Nights of Cleopatra, and On the Spartacus Road, A Spectacular Journey through Ancient Italy.