East of the Wardrobe: The Unexpected Worlds of C. S. Lewis (Hardcover) 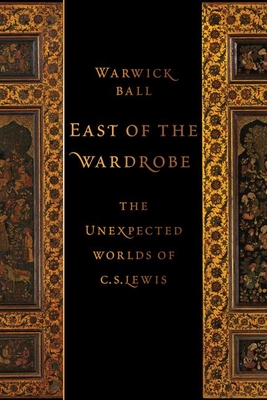 East of the Wardrobe: The Unexpected Worlds of C. S. Lewis (Hardcover)


Available in Warehouse. Wait for Email Confirmation for ETA
A fascinating look at the rich but under-appreciated Eastern sources behind the Narnia book C. S. Lewis was no great traveller but he was a prodigious bibliophile who absorbed the world's traditions of myth, religion, and cosmology. The Chronicles of Narnia are steeped in allusions to the Bible, Greek mythology, and medieval literature, all of which has been amply discussed by critics. But, until now, what has been overlooked are Lewis' significant borrowings from Eastern influences: Arabian Nights and the Persian poets, great travellers from Herodotus and Marco Polo to T. E. Lawrence and Robert Byron, and the famous fictional adventurers Baron Munchausen, Gulliver, and Sindbad. In East of the Wardrobe, Warwick Ball explores hitherto unrecognised and unexpected Eastern aspects in and influences on C. S. Lewis' Narnia books. These include storylines, themes, imagery, religious elements, and even the cities and landscapes of the East, as well as the 'Persian' style adopted by the illustrator of Narnia, Pauline Baynes. Themes borrowed from the great epics can also be found, from The Odyssey and Aeneid to the Kalevala and The Knight in the Panther's Skin. Delve deeper and Christianity is there along with paganism, but so too are Zoroastrian, Manichaean, and even Islamic and Sufi messages. Ultimately, these influences act as a reflection of the complex intellectual world that Lewis inhabited, of both his own unique philosophy and the wider social and intellectual climate of Oxford in the first half of the twentieth century. All readers of Lewis will find in East of the Wardrobe surprising new paths into the world of Narnia.