The Kingdom of God Has No Borders: A Global History of American Evangelicals (Paperback) 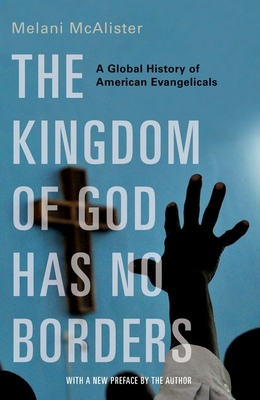 The Kingdom of God Has No Borders: A Global History of American Evangelicals (Paperback)


Available in Warehouse. Wait for Email Confirmation for ETA
Award of Merit, 2019 Christianity Today Book Awards (History/Biography) More than forty years ago, conservative Christianity emerged as a major force in American political life. Since then the movement has been analyzed and over-analyzed, declared triumphant and, more than once, given up for dead. But because outside observers have maintained a near-relentless focus on domestic politics, the most transformative development over the last several decades--the explosive growth of Christianity in the global south--has gone unrecognized by the wider public, even as it has transformed evangelical life, both in the US and abroad. The Kingdom of God Has No Borders offers a daring new perspective on conservative Christianity by shifting the lens to focus on the world outside US borders. Melani McAlister offers a sweeping narrative of the last fifty years of evangelical history, weaving a fascinating tale that upends much of what we know--or think we know--about American evangelicals. She takes us to the Congo in the 1960s, where Christians were enmeshed in a complicated interplay of missionary zeal, Cold War politics, racial hierarchy, and anti-colonial struggle. She shows us how evangelical efforts to convert non-Christians have placed them in direct conflict with Islam at flash points across the globe. And she examines how Christian leaders have fought to stem the tide of HIV/AIDS in Africa while at the same time supporting harsh repression of LGBTQ communities. Through these and other stories, McAlister focuses on the many ways in which looking at evangelicals abroad complicates conventional ideas about evangelicalism. We can't truly understand how conservative Christians see themselves and their place in the world unless we look beyond our shores.

Melani McAlister teaches American Studies and International Affairs at George Washington University. Her books include Epic Encounters: Culture, Media, and US Interests in the Middle East and the co-edited collection, Global Faith/Worldly Power.