The Musical Temperament: Psychology and Personality of Musicians (Paperback) 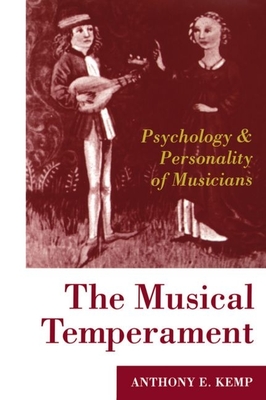 The Musical Temperament: Psychology and Personality of Musicians (Paperback)

It is generally accepted that exceptionally skilled people in society, such as airline pilots and brain surgeons, have significantly different personalities from those of the general population. Similarly, a kind of folklore has long existed within musical circles that there are fundamental personality differences between the players of different instruments. Dr. Kemp examines this fascinating issue, as well as several others in light of his ten years of research in the field. After an introductory chapter summarizing relevant personality theories, the book covers different facets of musicians' personalities--introversion, independence, sensitivity, and anxiety, among others. Different forms of musicianship--orchestral players, singers, conductors, et al.--are also considered to clarify the ways in which specific skills impact personality development or predispose a person towards different instruments and styles of performance. Kemp's research is relevant not just to
psychologists, but also to professional musicians and composers, and music educators.