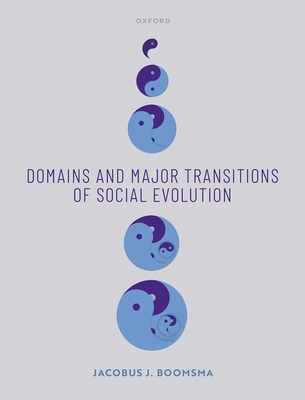 
Available for Pre-Order Now
Evolutionary change is usually incremental and continuous, but some increases in organizational complexity have been radical and divisive. Evolutionary biologists, who refer to such events as "major transitions", have not always appreciated that these advances were novel forms of pairwise commitment that subjugated previously independent agents. Inclusive fitness theory convincingly explains cooperation and conflict in societies of animals and free-living cells, but to deserve its eminent status it should also capture how major transitions originated: from prokaryote cells to eukaryote cells, via differentiated multicellularity, to colonies with specialized queen and worker castes. As yet, no attempt has been made to apply inclusive fitness principles to the origins of these events. Domains and Major Transitions of Social Evolution develops the idea that major evolutionary transitions involved new levels of informational closure that moved beyond looser partnerships. Early neo-Darwinians understood this principle, but later social gradient thinking obscured the discontinuity of life's fundamental organizational transitions. The author argues that the major transitions required maximal kinship in simple ancestors - not conflict reduction in already elaborate societies. Reviewing more than a century of literature, he makes testable predictions, proposing that open societies and closed organisms require very different inclusive fitness explanations. It appears that only human ancestors lived in societies that were already complex before our major cultural transition occurred. We should therefore not impose the trajectory of our own social history on the rest of nature. This thought-provoking text is suitable for graduate-level students taking courses in evolutionary biology, behavioural ecology, organismal developmental biology, and evolutionary genetics, as well as professional researchers in these fields. It will also appeal to a broader, interdisciplinary audience, including the social sciences and humanities.

Jacobus J. Boomsma, Professor of Ecology and Evolution, Department of Biology, University of Copenhagen, Denmark Jacobus J. Boomsma is Professor at the University of Copenhagen's Department of Biology, where he is the Director of the Centre for Social Evolution. He is an Elected Member of the Royal Danish Academy of Sciences and Letters (1998) and was awarded a Knighthood from the Royal Danish Order of Dannebrog (2015). He received the Quadrennial Hamilton Award for outstanding lifetime achievement by the International Union for the Study of Social Insects (2018). His principle research interests include Social Evolution, Conflict/Cooperation, Mating systems, Coevolution, Conservation, Genomics, and Evolutionary Medicine.