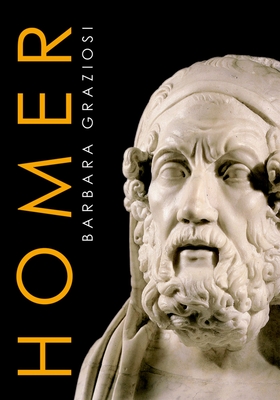 
This title is likely unavailable. Email or call for price and availability.
Homer's mythological tales of war and homecoming, the Iliad and the Odyssey, are considered to be two of the most influential works in the history of Western literature. Yet their author, 'the greatest poet that ever lived' is something of a mystery. By the 6th century BCE, Homer had already
become a mythical figure, and even today the debate continues as to whether he ever existed. In this accessible and concise introduction, Barbara Graziosi considers Homer's famous works and their impact on readers throughout the centuries. She shows how the Iliad and the Odyssey benefit from a tradition of reading that spans well over two millennia, from the impressive scholars at the
library of Alexandria, in the third and second centuries BCE, who wrote some of the first commentaries on the Homeric epics. Summaries of these scholars' notes made their way into the margins of Byzantine manuscripts; from Byzantium the annotated manuscripts travelled to Italy; and the ancient notes
finally appeared in the first printed editions of Homer, eventually influencing our interpretation of Homer's work today. Along the way, Homer's works have inspired artists, writers, philosophers, musicians, playwrights, and film-makers. Exploring the main literary, historical, cultural, and
archaeological issues at the heart of Homer's works, Graziosi analyses the enduring appeal of Homer and his iconic works.