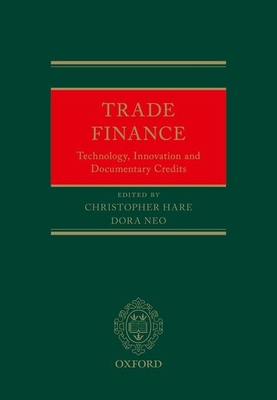 
This title is likely unavailable. Email or call for price and availability.
Trade Finance provides a much-needed re-examination of the relevant legal principles and a study of the challenges posed to current legal structures by technological changes, financial innovation, and international regulation. Arising out of the papers presented at the symposium, Trade Finance
for the 21st Century, this collection brings together the perspectives of scholars and practitioners from around the globe focusing on core themes, such as reform and the future role of the UCP, the impact of technology on letters of credit and other forms of trade finance, and the rise of
alternative forms of financing. The book covers three key fields of trade finance, starting with the challenges to traditional trade financing by means of documentary credit. These include issues related to contractual enforceability, the use of soft clauses, the doctrine of strict compliance, the fraud exception, the role of
the correspondent bank, performance bonds, and conflict of laws problems. The second main area covered by the work is the technological issues and opportunities in trade finance, including electronic bills of exchange, blockchain, and electronically transferable records. The final part of the work
considers alternative and complementary trade finance mechanisms such as open account trading, supply-chain financing, the bank payment obligation, and countertrade.