Pain and the Aesthetics of Us Literary Realism (Hardcover) 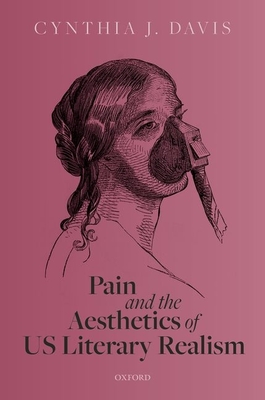 Pain and the Aesthetics of Us Literary Realism (Hardcover)


This title is likely unavailable. Email or call for price and availability.
The postbellum period saw many privileged Americans pursuing a civilized ideal premised on insulation from pain. Medico-scientific advances in anesthetics and analgesics and emergent religious sects like Christian Science made pain avoidance seem newly possible. The upper classes could
increasingly afford to distance themselves from the suffering they claimed to feel more exquisitely than did their supposedly less refined contemporaries and antecedents. The five US literary realists examined in this study resisted this contemporary revulsion from pain without going so far as to
join those who celebrated suffering for its invigorating effects. William Dean Howells, Henry James, Edith Wharton, Mark Twain, and Charles Chesnutt embraced the concept of a heightened sensitivity to pain as a consequence of the civilizing process but departed from their peers by delineating
alternative definitions of a superior sensibility indebted to suffering. Although the treatment of pain in other influential nineteenth century literary modes including sentimentalism and naturalism has attracted ample scholarly attention, this book offers the first sustained analysis of pain's
importance to US literary realism as practiced by five of its most influential proponents.

Cynthia J. Davis, Professor of English University of South Carolina Cynthia J. Davis is a Professor of English and an Associate Dean at the University of South Carolina. She specializes in US literature from the Civil War to World War II, with emphases in medical humanities, literary history, and gender studies. Her essays have appeared in such journals as AmericanLiterature, American Literary History, and Arizona Quarterly. Her other books include a study of the influence of medicine on American Literature from 1845 to 1915 (Stanford, 2000) and a biography of Charlotte Perkins Gilman (Stanford, 2010).