The Ghost of Galileo: In a Forgotten Painting from the English Civil War (Hardcover) 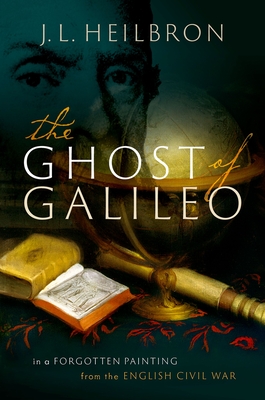 The Ghost of Galileo: In a Forgotten Painting from the English Civil War (Hardcover)


Available in Warehouse. Wait for Email Confirmation for ETA
In 1643/4 the once-famous Francis Cleyn painted the unhappy young heir of Corfe Castle, John Bankes, and his tutor, Dr Maurice Williams. The painter is now almost forgotten, the painting much neglected, and the sitters themselves have left little to mark their lives, but on the table of the
painting lies a book, open to an immediately identifiable and very significant page. The representation omits the author's name and the book's title; it sits there as a code, as only viewers who had encountered the original and the characteristic figures on its frontispiece would have known its
significance. The book is Galileo's Dialogue on the two chief world systems (1632), the defence of Copernican cosmology that incited the infamous clash between its author and the Church, and its presence in this painting is no accident, but instead a statement of learning, attitudes, and
cosmopolitan engagement in European discourse by the painting's English subjects. Grasping hold of the clue, John Helibron deciphers the significance of this contentious book's appearance in a painting from Stuart England to unravel the interlocking threads of art history, political and religious history, and the history of science. Drawing on unexploited archival material and a
wide range of printed works, he weaves together English court culture and Italian connections, as well as the astronomical and astrological knowledge propagated in contemporary almanacs and deployed in art, architecture, plays, masques, and political discourse. Heilbron also explores the biographies
of Sir John Bankes (father of the sitter), Sir Maurice, and the painter, Francis Cleyn, setting them into the narrative of their rich and cultured history.

John Heilbron is Professor of History and the Vice Chancellor Emeritus at the University of California, Berkeley, as well as an Honorary Fellow of Worcester College, Oxford. He writes about the history of the physical sciences and their wider cultural context from the 17th to the 20th centuries, andhas published the definitive biography of Galileo (OUP, 2010), as well as The History of Physics: A Very Short Introduction (OUP, 2018), and Niels Bohr: A Very Short Introduction, (OUP, 2020) . Heilbron's work has won several prizes and brought him honorary doctorates from multiple universities.