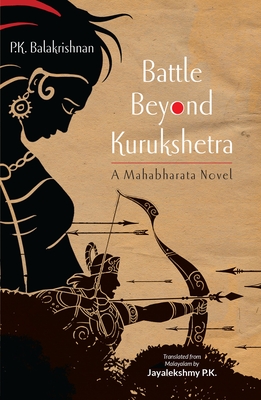 
This title is likely unavailable. Email or call for price and availability.
This book is the English translation of the Malayalam novel 'Ini Njan Urangatte' (And Now Let Me Sleep), a novel that subsists on the Mahabharata. The book is unparalleled in its lofty language, imagery, and depth and is considered one of the best classics in the language. The novel is the
story of Karna as seen through the eyes of Draupadi. A work originating from the Vyasabharatha, it has caught the stylized language and mood of the great epic. It gives a new intellectual and spiritual dimension to a recreated Draupadi (the wife of the Pandavas). Her painful story unveils around the
unacknowledged eldest Pandava, Karna, born to maiden Kunti from the Sun God. The novel maintains the original story, epic atmosphere, events, and characters which distinguishes it from other works based on the Mahabharata.

P.K. Balakrishnan, Jayalekshmy P.K. P.K. Balakrishnan was a journalist by profession. He took to writing only when a subject completely seized his interest. Each of the books he wrote is a class of its own. He has eleven books to his credit. His book 'Caste System and History of Kerala' on Kerala's social history was a path breakingwork that completely changed the face of historical studies on Kerala. He had forayed into Kerala history long before for his books on Narayana Guru and Tippu Sultan. Most of his works are literary criticisms, each striking with its originality. This novel titled in Malayalam 'Ini Njan Uragnatte'was the second of his two novels and it turned out to be the most popular of his works. One of the best known works in the language; it won him accolades and most importantly, a place in the hearts of the people of Kerala. Jayalekshmy P.K. holds degrees in English, Management and qualifications in her career field of insurance. This book first transltion. Arts, traveling, wildlife and photography interests her. She has two elder brothers and is married to Prabhakaran, a banker and they have a son Avinash.