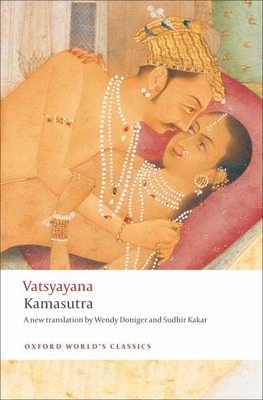 
Backordered - ETA Unknown
The Kamasutra is the oldest extant textbook of erotic love. But it is more than a book about sex. It is about the art of living--about finding a partner, maintaining power in a marriage, committing adultery, living as or with a courtesan, using drugs--and also, of course, about the many and varied positions available to lovers in sexual intercourse and the pleasures to be derived from each.
The Kamasutra was composed in Sanskrit, the literary language of ancient India, sometime in the third century, probably in North India. It combines an encyclopedic coverage of all imaginable aspects of sex with a closely observed sexual psychology and a dramatic, novelistic narrative of seduction, consummation, and disentanglement. Best known in English through the highly mannered, padded, and inaccurate nineteenth-century translation by Sir Richard Burton, the text is newly translated here into clear, vivid, sexually frank English. This edition also includes a section of vivid Indian color illustrations along with three uniquely important commentaries: translated excerpts from the earliest and most famous Sanskrit commentary (thirteenth century) and from a twentieth-century Hindi commentary, and explanatory notes by the two translators.
The lively and entertaining introduction by translator Wendy Doniger, one of the world's foremost Sanskrit scholars, discusses the history of The Kamasutra and its reception in India and Europe, analyses its attitudes toward gender and sexual violence, and sets it in the context of ancient Indian social theory, scientific method, and sexual ethics.
This] new translation is fascinating, thought-provoking and occasionally even amusing.--Salon.com About the Series: For over 100 years Oxford World's Classics has made available the broadest spectrum of literature from around the globe. Each affordable volume reflects Oxford's commitment to scholarship, providing the most accurate text plus a wealth of other valuable features, including expert introductions by leading authorities, voluminous notes to clarify the text, up-to-date bibliographies for further study, and much more.