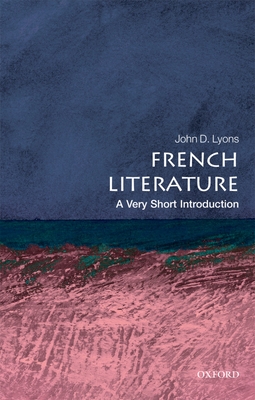 
This title is likely unavailable. Email or call for price and availability.
The heritage of literature in the French language is rich, varied, extensive in time and space, and appealing both to its immediate public--readers of French--and also to a global audience reached through translations and film adaptations. The first great works of this repertory were written in the twelfth century in northern France, and now, at the beginning of the twenty-first century, this literature includes authors writing in many parts of the world, ranging from the Caribbean to Western Africa. This Very Short Introduction gives the reader a basic orientation to this lively literary world by focusing on texts (epics, novels, plays, poems, screenplays) that concern protagonists whose adventures and conflicts reveal shifts in literary and social practices. From the hero of the medieval Song of Roland to the Caribbean heroines of I, Tituba, Black Witch of Salem or the European expatriate in Japan in Fear and Trembling, these problematic protagonists allow us to understand what interests writers and readers across the wide world of French literature.

John D. Lyons is Commonwealth Professor of French at the University of Virginia.