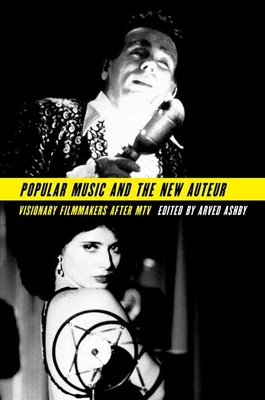 
Available in Warehouse. Wait for Email Confirmation for ETA
This book cannot be returned, cancelled, or exchanged. Please call for availability and pricing
MTV utterly changed the movies. Since music television arrived some 30 years ago, music videos have introduced filmmakers to a new creative vocabulary: speeds of events changed, and performance and mood came to dominate over traditional narrative storytelling. Popular Music and the New Auteur charts the impact of music videos on seven visionary directors: Martin Scorsese, Sofia Coppola, David Lynch, Wong Kar-Wai, the Coen brothers, Quentin Tarantino, and Wes Anderson. These filmmakers demonstrate a fresh kind of cinematic musicality by writing against pop songs rather than against script, and allowing popular music a determining role in narrative, imagery, and style. Featuring important new theoretical work by some of the most provocative writers in the area today, Popular Music and the New Auteur will be required reading for all who study film music and sound. It will be particularly relevant for readers in popular music studies, and its intervention in the ongoing debate on
auteurism will make it necessary reading in film studies.

Arved Ashby is Professor of Music at The Ohio State University. He is editor of The Pleasure of Modernist Music: Listening, Meaning, Intention, Ideology (2004) and author of Absolute Music, Mechanical Reproduction (2010).