Spirit in the Dark: A Religious History of Racial Aesthetics (Hardcover) 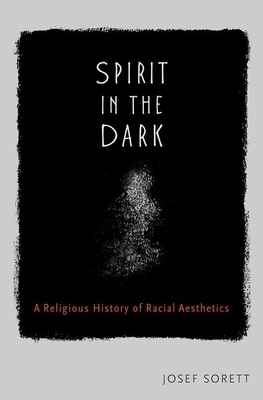 Spirit in the Dark: A Religious History of Racial Aesthetics (Hardcover)


Available in Warehouse. Wait for Email Confirmation for ETA
Most of the major black literary and cultural movements of the twentieth century have been understood and interpreted as secular, secularizing and, at times, profane. In this book, Josef Sorett demonstrates that religion was actually a formidable force within these movements, animating and
organizing African American literary visions throughout the years between the New Negro Renaissance of the 1920s and the Black Arts movement of the 1960s. Sorett unveils the contours of a literary history that remained preoccupied with religion even as it was typically understood by authors,
readers, and critics alike to be modern and, therefore, secular. Spirit in the Dark offers an account of the ways in which religion, especially Afro-Protestantism, remained pivotal to the ideas and aspirations of African American literature across much of the twentieth century. From the dawn of the New Negro Renaissance until the ascendance of the Black Arts
movement, black writers developed a spiritual grammar for discussing race and art by drawing on terms such as church and spirit that were part of the landscape and lexicon of American religious history. Sorett demonstrates that religion and spirituality have been key categories for identifying
and interpreting what was (or was not) perceived to constitute or contribute to black literature and culture. By examining figures and movements that have typically been cast as secular, he offers theoretical insights that trouble the boundaries of what counts as sacred in scholarship on African
American religion and culture. Ultimately, Spirit in the Dark reveals religion to be an essential ingredient, albeit one that was always questioned and contested, in the forging of an African American literary tradition.

Josef Sorett is Associate Professor of Religion and African-American Studies at Columbia University, where he also directs the Center for African-American Religion, Sexual Politics and Social Justice.