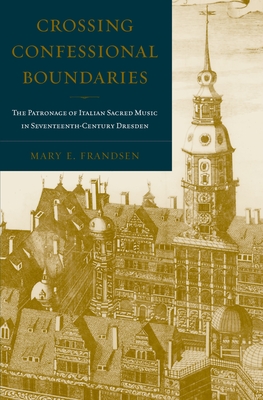 
Available in Warehouse. Wait for Email Confirmation for ETA
This book cannot be returned, cancelled, or exchanged. Please call for availability and pricing
Shortly after assuming the Saxon throne in 1656, Lutheran Elector Johann Georg II (r. 1656-80) replaced the elder Kapellmeister Heinrich Sch tz with younger Italian Catholic composers. Seemingly overnight, sacred music in the most modern Italian style, first by Vincenzo Albrici (1631-90/96) and later by Giuseppe Peranda (ca. 1625-75) supplanted the more traditional Sch tzian sacred concerto and Spruchmotette, effecting a change in musical and spiritual life both within the walls of the Dresden court and beyond. Drawing on extensive research in primary source materials, Frandsen explores the elector's "Italianization" of the Hofkapelle with castrati and other Italian virtuosi, and examines the larger confessional conflict that gripped the city of Dresden and its implications for the Catholic-leaning elector's musical agenda. She then examines the Latin texts set by Albrici and Peranda, a body of works dominated by expressions of mystical devotion typical of the repertoire then heard in Italy. However, drawing upon recent studies of the phenomenon of "new piety" in seventeenth-century Lutheranism, Frandsen locates these texts squarely within the realm of contemporary Lutheran spirituality, and demonstrates their congruity with devotional materials used by Lutherans since the mid-sixteenth century. In her discussion of the sacred concertos of Albrici and Peranda, she takes the concept of musica pathetica as a point of departure, and also explores the formal and stylistic relationships between
the Roman motet and the new sacred concerto in Dresden. Finally, with the help of liturgies recorded in court diaries, she reintegrates this music into its original performance environment, and demonstrates how tightly the works of these Italians were woven into the Gospel-determined thematic fabric of the services celebrated during the church year. A fascinating account of the uneasy alliance of two confessions at the prominent seventeenth-century court of Dresden, this book provides fresh insights into a neglected but influential repertoire. Frandsen's research will be of interest to scholars and students interested in Baroque music, the intellectual and cultural history of European courts, the history of liturgy and church history, and the Early Modern era in general.