Beyond the Gates of Hell: The Untold Stories (Paperback) 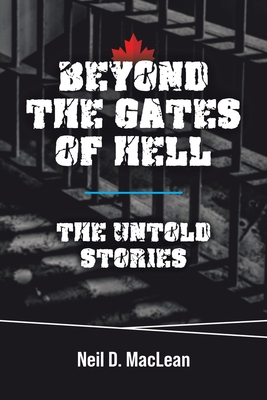 Beyond the Gates of Hell: The Untold Stories (Paperback)

Beyond the Gates of Hell: The Untold Stories will provide an in-depth investigative look into a sinister group of Canada's criminal elite, most of whom Correctional Manager Neil MacLean crossed paths with in his twenty-five years within the Correctional Service of Canada.

Beyond the Gates of Hell: The Untold Stories steers the reader down one of the most twisted and troubling roads imaginable.

Author Neil MacLean probes deeper than any front page newspaper reporting, digging below the surface for these intimate and chilling stories.

Follow Neil MacLean on his journey to Steveston, British Columbia, as he walks through the once mud-covered streets, visiting the historic locations where a hopeful immigrant named Chief Alexander Main of the Richmond Police would be murdered. His story of life, hope and tragedy will transport you back to the turn of the century as you learn about his sad murder at the hands of the Canton Giant.

Other sensational stories include:

The killing of Joe Philliponi and the Penthouse murder

Warning: The crimes chronicled in this narrative are graphic in nature and deeply disturbing. These stories may not be suitable for all readers.