The Democratization of Albania: Democracy from Within (Hardcover) 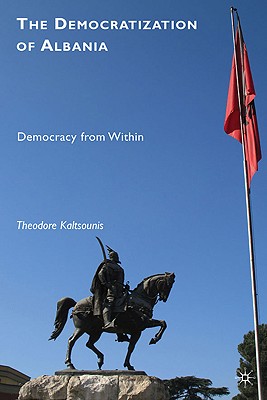 The Democratization of Albania: Democracy from Within (Hardcover)


Available in Warehouse. Wait for Email Confirmation for ETA
The Democratization of Albania describes a multi-year project designed to promote democracy in Albania through the country's entire educational system. Instructional materials were developed, including a basic manual, to introduce open and interactive teaching by a network of almost 3000 teachers and educators, who were trained through the project on the proper application of the materials developed. To sustain the network, five democratic civic education centers were established in as many universities throughout the country. Success with young people led the author to go beyond describing the project and propose in the book a new model for accelerating the process of democratization. This can be achieved by empowering ordinary citizens through education to actively participate in building their country's democracy.
THEODORE KALTSOUNIS is Professor Emeritus at the University of Washington, USA.

“This book is a thoroughly interesting and occasionally inspiring narrative of the author's democracy education project in post-communist Albania. The author's connections to Albania and its Greek-ethnic minority drive the story, a tale of his exile from post-World War II Albania's communist regime and return as a distinguished American civic educator committed to the advancement of democracy in his former homeland. There are elements of triumph and tragedy, exhilaration and disappointment in the engaging episodes of this work. It is a compelling read, filled with instructive examples of how to proceed effectively in building democracy and democratic citizenship education from within a society that lacks a tradition of self-government and civil liberty. This work is distinctive. There is nothing else quite like it in the civic education literature of the United States. It treats a fundamentally important common topic in the field of social studies generally and civic education in particular, which is how to initiate, develop, and maintain a project in democratic citizenship education.”--John J. Patrick, Professor Emeritus of Education, Indiana University, Bloomington