Utopia and the Village in South Asian Literatures (Hardcover) 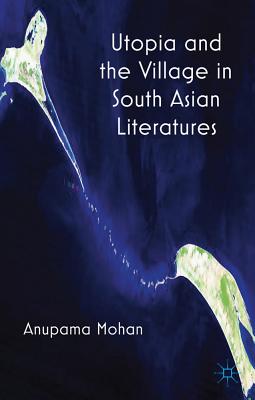 Utopia and the Village in South Asian Literatures (Hardcover)


Available in Warehouse. Wait for Email Confirmation for ETA
Shifting the postcolonial focus away from the city and towards the village, this book examines the rural as a trope in twentieth-century South Asian literatures to propose a new literary history based on notions of utopia, dystopia, and heterotopia and how these ideas have circulated in the literary and the cultural imaginaries of the subcontinent.
ANUPAMA MOHAN is assistant professor at the University of Nevada Reno, USA, where she teaches South Asian studies, critical and literary theory, and Anglophone postcolonial literatures. She has written widely on Indian and Sri Lankan literatures, critical theory, and modern postcolonial drama.

"In a strikingly original way, this important literary study shows how the broader rural dynamics in India and Sri Lanka have moved away from the paradigms of utopian/dystopian and even national/marginal and moved instead towards an interstitial zone of contact, cohabitation and negotiation. In a refreshing rethinking of the utopian in and through Foucault's notion of the 'heterotopic', Anupama Mohan productively turns our focus away from the city to the village and from postcolonial 'othering' toward negotiating difference, or what she calls 'selving' - the constructing of a composite self based on an understanding of difference. This is the important new step the field has been waiting to take." - Linda Hutcheon, University Professor Emeritus of English and Comparative Literature, University of Toronto, Canada