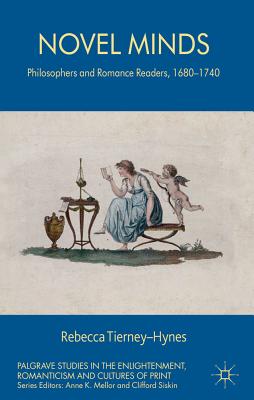 
Available in Warehouse. Wait for Email Confirmation for ETA
Eighteenth-century philosophy owes much to the early novel. Using the figure of the romance reader this book tells a new story of eighteenth-century reading. The impressionable mind and mutable identity of the romance reader haunt eighteenth-century definitions of the self, and the seductions of fiction insist on making an appearance in philosophy.
REBECCA TIERNEY-HYNES is an Assistant Professor in the Department of English Language and Literature at the University of Waterloo, Canada. She has published essays in Eighteenth-Century Studies, SEL, and The Eighteenth Century: Theory and Interpretation.

"Novel Minds delivers a nuanced understanding of the instabilities and uncertainties of the consciousness shaped by reading imagined in eighteenth-century philosophy and narrative prose. In a lively and engaging style, Tierney-Hynes brings the writings of significant writers into interesting conversation with each other." - Ros Ballaster, Professor of 18th Century Studies, University of Oxford, UK