The Phenomenon of Anne Frank (Jewish Literature and Culture) (Paperback) 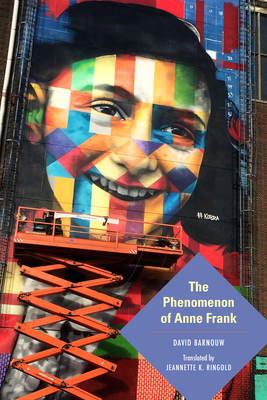 While Anne Frank was in hiding during the German Occupation of the Netherlands, she wrote what has become the world's most famous diary. But how could an unknown Jewish girl from Amsterdam be transformed into an international icon? Renowned Dutch scholar David Barnouw investigates the facts and controversies that surround the global phenomenon of Anne Frank. Barnouw highlights the ways in which Frank's life and ultimate fate have been represented, interpreted, and exploited. He follows the evolution of her diary into a book (with translations into nearly 60 languages and editions that added previously unknown material), an American play, and a movie. As he asks, "Who owns Anne Frank?" Barnouw follows her emergence as a global phenomenon and what this means for her historical persona as well as for her legacy as a symbol of the Holocaust.

David Barnouw is an independent scholar and emeritus researcher and former director of communications at the Dutch Institute for War, Holocaust, and Genocide Studies. He has written more than fifteen books and dozens of articles on World War II subjects. Jeannette K. Ringold has translated over twenty fiction and non-fiction works by Dutch authors into English. She was born in the Netherlands and now lives in California.