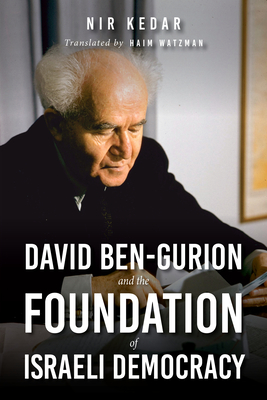 In David Ben-Gurion and the Foundation of Israeli Democracy, Nir Kedar offers a poignant study of the primary national founder of the State of Israel and the first prime minister of Israel.

Kedar provides an explication of the making of Israeli democracy in terms of its institutional-legal structures and social-cultural underpinnings.

David Ben-Gurion and the Foundation of Israeli Democracy connects the formal structures of democracy to the fundamental principles that they were constructed to serve--human freedom and dignity.

Nir Kedar is Professor of Law and History and Vice President of Academic Affairs at Sapir Academic College in Israel. He is author of many books, including Law and Identity in Israel: A Century of Debate. Haim Watzman is a writer, journalist, and translator based in Jerusalem.